It’s World Vegan Month this month, so what better time to take a closer look at what has become, in recent years, a truly global movement.

Not so long ago, the decision to abstain from consuming animal products was very much a niche – and some would say –  divisive lifestyle choice. Over the last few years though, the tide has turned, and now, in 2017, veganism has hit the mainstream.

What has inspired this shift, and how is the market responding?

First things first, it’s not exactly uncool to be vegan. Brad Pitt is doing it, Beyoncé is all over it, and the latest celebrity to ‘come out’ as vegan is none other than F1 World Champion, Lewis Hamilton.

But it’s not just about the celebrity factor; the plant-based movement is being powered by a new army of online influencers, who are coming together with celebrities and supporters to drive social conversation. Case and point; #vegan has been used 41million times on Instagram – 3 times as many uses than #vegetarian. Add to this the weight of campaigns, such as #meatfreemonday and #veganuary, and it’s easy to see how the trend has gathered pace.

Despite all this, the number of vegans in the UK is still relatively small – only 5% of British shoppers. So, bearing this in mind, why are retailers, restaurants and food brands alike all climbing over themselves to cater for the vegan market? One word: flexitarianism.

A commitment to eating less meat, but not cutting it out altogether, flexitarianism is the true driver in the marketplace. Consumers are increasingly responding to the mixed messages around healthy eating by personalising their diet to suit their own needs and wellbeing; flexitarianism is a prime example of this. Over the last six months alone, 28% of British shoppers consciously cut down on meat, with 35% of meals reportedly now meat-free.

Our client, Tideford Organics, is one of a growing number of food and drink brands embracing veganism. The innovative Devon-based producer was ahead of the curve last year when it made the bold move to take its range of fresh, organic soups, sauces and pestos entirely vegan. And, with double-digit sales growth under their belts, it’s a step-change they won’t look back from. In fact, they are forging ahead with a fantastic new line-up of incredibly tasty new products for autumn/winter 2017 and more in the pipeline for 2018. Already a vegan success story, Tideford is one to watch. Check out their campaign to Take the Pledge to Eat More Veg.

World Vegan Day kicks off a month of campaigning by the Vegan Society to highlight the benefits of veganism. With demand for all things plant-based riding high, we expect that this year will be bigger and more prominent than ever. 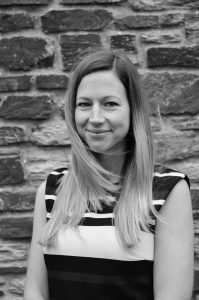